A clip showing how to use the app, and highlighting the main features.

The craziest Show in Germany, reaches new digital heights. The TV Channel ProSieben is letting fans of ‘The Masked Singer’ participate in a completely new entertainment experience directly in the show. In ‘The Masked Singer’ celebrities dress up in themed costumes and compete in a Singing Contest. Viewers must guess who is underneath the costume, and every show the loser of the episode, voted out by the viewers at home, gets revealed.

The Job for my Team me and was to find a way to let the viewer be a Part of the show, and find the best solutions, together with the Producers of the Show. The Masked Singer turned out to be the most successful digital extension of one of the Shows at ProSieben, with a high number of App downloads and interactions during the show. In the end the viewer became a part of the show. We created fans out of our users.

As a Lead Designer my responsibility was to ideate with the Product Owner and Show Producers, the best way to convert viewers into fans with a digital extension of the show.

We had multiple ideation workshops with different parts of the company that the Product Owner and I led. After multiple Workshops with the development Teams, Marketing, SEO, Research, Social and more, we ended up with all the problems of every department. Along with the Use Cases we ideated with the producers, these became our problems to solve.

After various sessions and design iterations we ended up with a testable prototype. We tested this in a qualitative user testing, and we narrowed our feature set to what truly will bring our users value. We created a new section in the existing ProSieben App, solely for The Masked Singer for SmartPhones and Tablets. We also created a Web Experience, that had a similar feature set.

In the end users where able to vote for their favourite mask in the app. A big change from the past, where users still had to call a voting hotline. Additionally, users could guess who is underneath the mask, and compare themselves to the community. In later iterations we added the possibility to comment, so users can voice their opinions.

For use in the show, we created all the overlays to be used. This ensured we have a consistent style for our users across all touchpoints.

The ProSieben App was a big hit with viewers. It became number one in the iOS App Store on launch. The success, along with the earlier tests on a smaller scale for Germany’s  Next Topmodel, paved the way for similar digital extensions in the future, and led to a bigger strategic shift in the company.

We also got recognized by german ‘Rat für Formgebung’ with a German Design Award.

The App started in Season two, and was also used for in Season three. There are no signs of slowing down in the future. 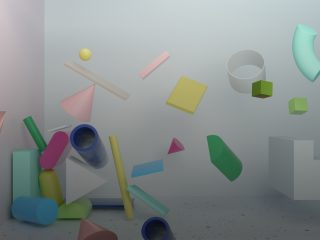 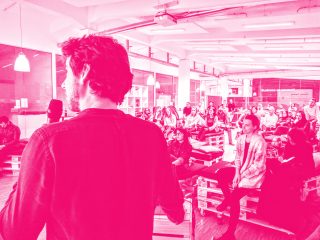